It looks like Roe v. Wade will be overturned this year. After decades of being a talking point and pro-life activist issue, abortion will probably become a mainstream political question again. State legislatures, unable to hide behind Roe, will have to enact laws that express a concrete position on abortion access. Given the immense importance of this issue, I would like to promote a state that I think shows a promising way forward: Florida.

To show my cards, I think easy access to abortions is good for everyone. With respect to the people of Mississippi, I don’t buy their state’s claim that “there is simply no causal link between the availability of abortion and the capacity of women to act in society.” Socioeconomic conditions improve when women are better educated and have easy access to contraceptives, and abortion almost certainly has similar effects. If we can offset the inherent inequalities women experience related to pregnancy, then we should. Access to abortion does this.

With this in mind, I am not concerned about states that already have very permissive abortion laws. They have already, or will soon, protect abortion access as far as they are constitutionally able. The states I am concerned about are those with more restrictive laws, particularly those where public opinion is sharply divided.

To see which states I mean, look at Pew’s exellent collection of polls on abortion by state. It’s difficult to visualize the entire dataset, but here is a snapshot: 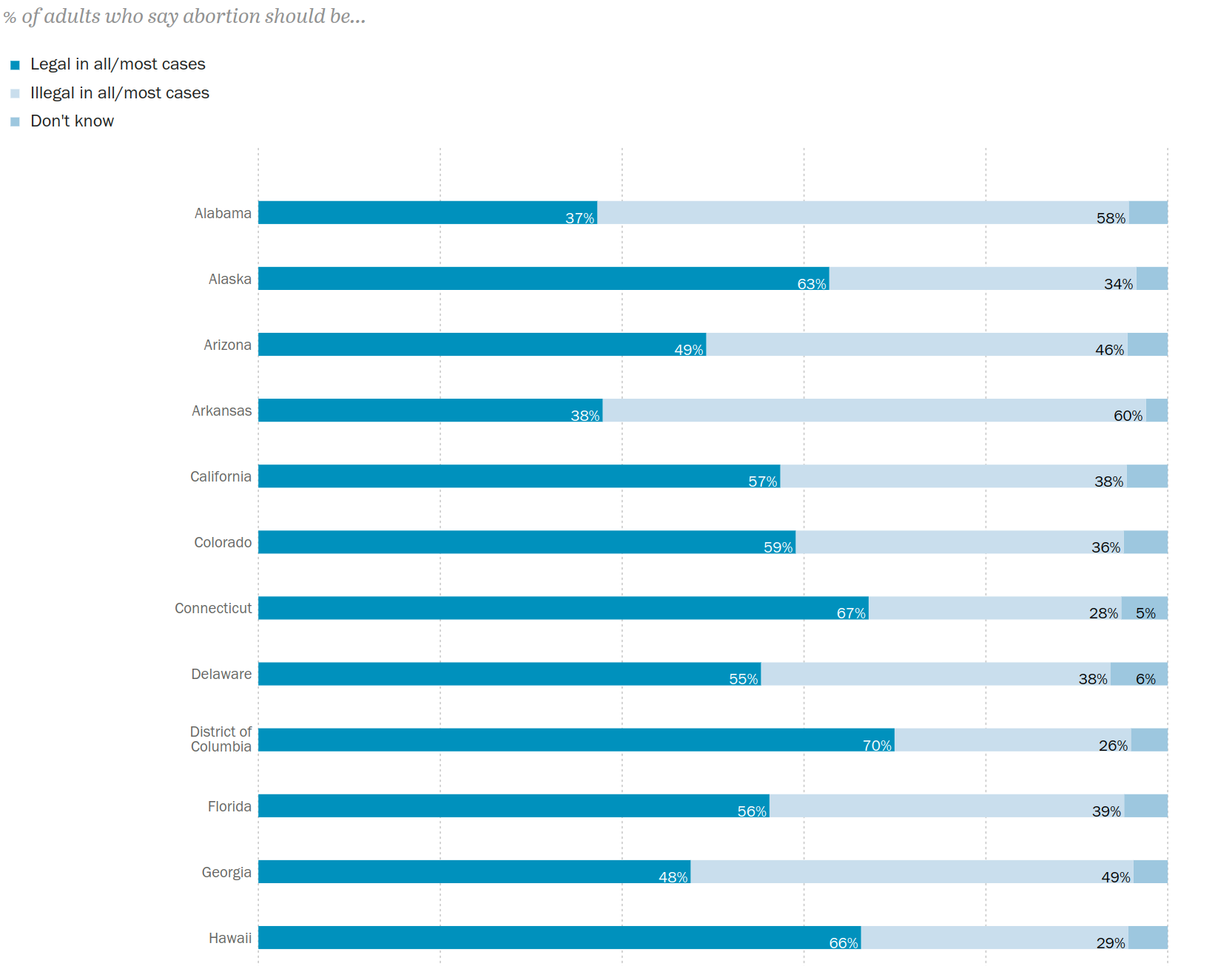 Barring a national abortion ban (which we should not rule out!), Washington DC, Vermont, and Massachusetts—all with 70% or higher pro-choice support—are not going to ban abortion. But states with support hovering around 50%, like Georgia, Arizona, and Oklahoma, are not guaranteed to do the same. Republicans and pro-life activists are pushing for restrictive abortion laws in these places, and they may very well enact them if they win the right elections. Political victories for Democrats (or perhaps moderate Republicans) states would make an enormous difference in protecting abortion access.

This brings us to Florida. Florida is one of those borderline states. On one hand, about half the state thinks abortion should be always or mostly legal. On the other hand, it’s a fairly red state, they just passed the so-called “Don’t Say Gay” bill, and nearly 40% of the state thinks abortion should be completely or mostly banned!. Outside of a strong federal law or the Supreme Court forcing their hand, the Sunshine State is just not going to provide unlimited access to abortions.

And yet, Florida Republicans did not ban abortion! With the governor, the state legislature, and 40% of voters on their side, Florida Republicans proposed a law that only bans abortion after 15 weeks of pregnancy. Despite the scary New York Times article about this, this is a great compromise. Around 90% of abortions in America occur before 15 weeks. This law is more restrictive than the status quo, but 90% versus 0% is a big difference for the millions of women in Florida.

Most importantly, the Florida bill is in line with what Americans broadly want on abortion. Look at this table from Gallup: 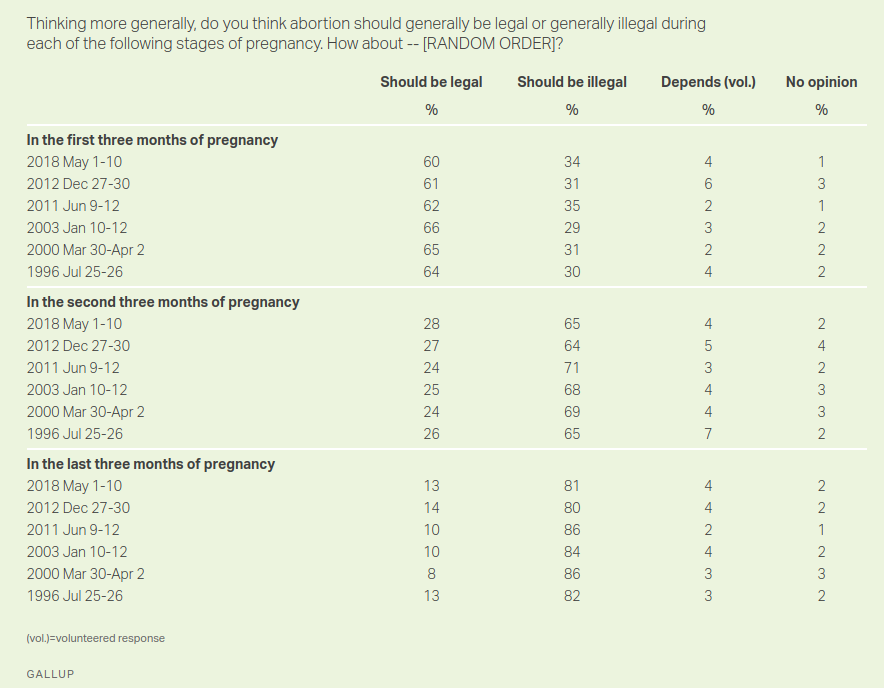 So, for states that are incredibly pro-choice, I am happy that access to abortion will be as strong as possible. In other states, Democrats should shout from the rooftops that they are happy to take a Florida-like bill. This is in line with public opinion, it’s in line with much of the Western world, and it’s the way to protect abortion access where it’s threatened.

You May Also Enjoy